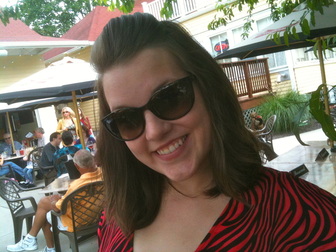 Katy has literally been singing since she was brought home from the hospital. She decided that she would also like to play flute in the 4th grade. Her parents figured that would be a good intro to music which it was but she quickly expanded her musical interests and was soon singing/performing anywhere & everywhere....loving all of the rock classics & show tunes that she was exposed to by her Parents & Grand Parents & friends. Soon blossoming into an energetic high school student, she became  involved in marching band, choir and landed roles in several Timberland high theatre productions as well as local community theatre productions before graduating in 2005.


Katy studied music education at SIUE, but missed her family and friends too much, so she came home at the end of the year. She plans on continuing her education someday, but she has not decided what her major will be.

Recently, she has taught children’s pre- K music classes and directed a teens summer camp musical act. She has privately coached vocal lessons individually and in groups in student’s homes and churches.  She began acting in community theatre productions in 2001 and continues to stay involved with theatre as well as performing as much as she can with Sunset Amusement! She just finished a stint as a assistant director with the O'FallonTheatreWorks production of ANNIE, JR and hopes to continue to pursue her love of the theatre when not performing with SA.
Katy directed Steel Magnoilas with O'FallonTheatreWorks in the fall of 2012 and looks forward to Performing at your next event. 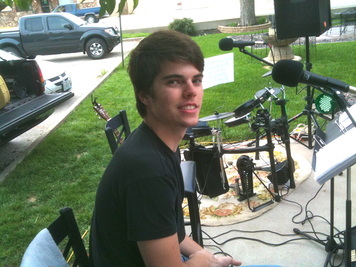 Tyler has been performing with the band since 2011 and really enjoying the time he has spent doing so. This year not only is he playing drums but singing lead and harmony vocals with SA. Tyler
like Katy gets his music background honestly listening to his father perform at an early age, playing in the school band at Timberland high... can a trombone solo be in the bands future????

One of his biggest influences is John Bonham and he surprisingly enough has envisioned the band moving to England and living/recording in a castle. For now St. Charles county will have to do but a heavy dose of Led Zeppelin with Ty beating the skins and maybe singing a few is in the works. 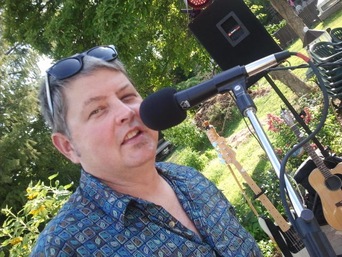 Bob has been playing guitar and performing in many of the top St. Louis and regional bands since 1976. He also recorded two CDs in Nashville that received airplay worldwide. He considers this band the highlight of his career. " We work well together because we are all so much alike !!!!....... Our diverse musical tastes takes this band to a different level at every show. We really do have something for everyone!

Bob really enjoys seeing Katy & Ty expanding their musical horizons as well as their tastes in music. "If we like it we'll play it."  The band really takes pride in being able to blow people away with their huge set list. Yes Patsy Cline & AC/DC really do compliment each other! Learn more about Bob's long St. Louis musical history as well as his many other current musical endeavors @ http://bobgilda.weebly.com